5 Applications Of Artificial Intelligence That You Use Everyday 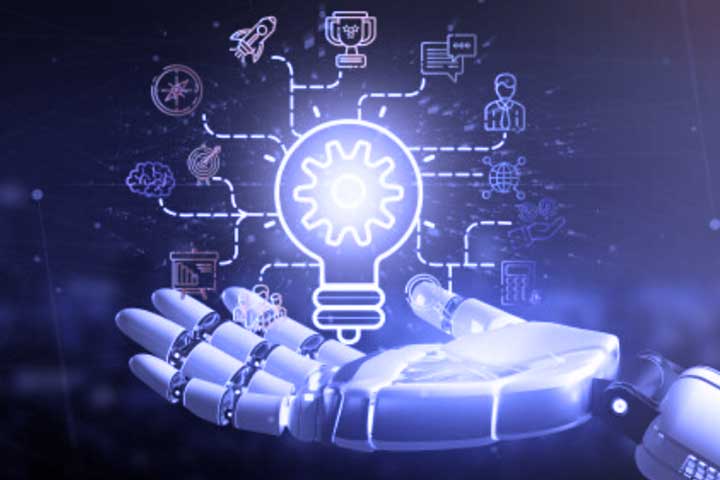 Artificial Intelligence, which took its first steps in the universities, soon received the attention needed by businesses and large companies, they said go for their development. Years later, small companies also joined, making this branch of knowledge indispensable in our day-to-day lives.

In this article, we will see, in a very simple way, the most important uses and applications of artificial intelligence in our daily lives today and what they are used for.

An Application Of Artificial Intelligence That We Use Daily Is Voice Recognition:

If today you can use voice assistants such as Siri or Alexa, or if you can solve your problems with your bank or with your telephone company by speaking to a virtual assistant, it is thanks to this modality.

The possibilities are endless; from being able to drive your car with your voice to be able to do the shopping with it or even being able to raise or lower the blinds of your house with a simple: “lower the blind”. But it is not only sought to simplify people’s lives with this technique; There is much more. In the fields of national and international security, these mechanisms are already used to detect and predict criminal acts such as murders or attacks.

However, these systems are not trivial and carry behind them a large number of algorithms and techniques, such as Markov Chains (in discrete or continuous-time depending on their applications) or Artificial Neuron Networks, among many others.

Although Machine Learning is indeed a branch of Artificial Intelligence, since it is not excessively theoretical, it can be used “as is” in the real world. The idea, as discussed in the last article, is, fundamentally, to be able to “teach” a model so that it can make its predictions without our supervision later on.

Applications Of Artificial Intelligence For Everyday Life, Based On Machine Learning:

With this technique, we can predict the impact of a new product on the market, determine what the weather is going to do tomorrow, or even estimate who may be the next president of a certain country. All that task that involves predicting based on past facts and data can be modeled with a Machine Learning algorithm.

In the example above, we tried to teach the model some basic shapes: a circle (0 sides), a triangle (3 sides), a square (4 sides), and so on. With this data, the model will be able to extract patterns from each of the shapes, in such a way that when a never-before-seen figure is presented, for example, an octagon (8 sides), the model can predict which figure it is based on the number of the sides.

However, this not only makes it possible to classify shapes, images or actions, but it can also form complex recommendation systems such as Amazon’s, to determine what characteristics a series can have so that it has a certain amount of reception on television.

Most of the uses that it has been given are about the extraction of information and autonomous driving (discussed later). However, the academic world is light years away from the private in this matter, and work is already underway on developing code graphically, identifying movements in real-time, and a long etcetera.

Applications In The Day To Day Of Artificial Vision:

Artificial Vision is useful to extract information, for example, from documents such as a bank card (this is how Apple allows you to insert your credit or debit card into the wallet through a photograph), a passport (London airport will allow you to leave from the airport when you have scanned your passport and read your information), contracts or invoices, among others.

Human beings are sociable by nature. Living in a society means communicating, and human beings do it through language in its different aspects: oral, written, or visual. It would be impossible to request or offer any service without the exchange of information. The idea is trivial when it comes to other people: education. However, when it comes to machines, traditional education is of no use.

This technique can be used to classify texts according to their content, to develop a chatbot (as in the example, it is an automatic response system according to the content of the questions), translate between languages, write documents, retrieve information … This technique is involved there where an interpretation of human language is required, in any of its languages, to be used by a machine.

The autonomy of the machines is undoubtedly the most notorious advance in the field of Artificial Intelligence: Tesla already mass-produces its autonomous driving models, SpaceX already has the most advanced Falcon Heavy space vehicle, capable of landing safely. controlled at the exact point from which it was launched, and without human interaction. Amazon is finalizing the tests of its autonomous delivery zeppelin utilizing automatic drones that will deliver our orders in a matter of hours …

This ability inherent to the human being but artificially inherited by machines is, without a doubt, the most complex aspect of this science. All the aforementioned applications and many others are needed to carry out an autonomous system, which is capable of interpreting the signals of any environment and being able to draw a solution in real-time and without supervision.

Also Read: State Of The Art Of Artificial Intelligence In 2021