More
HomeTECHNOLOGY5G Technology: What You Should Know Before Its Final Arrival
TECHNOLOGY

5G Technology: What You Should Know Before Its Final Arrival 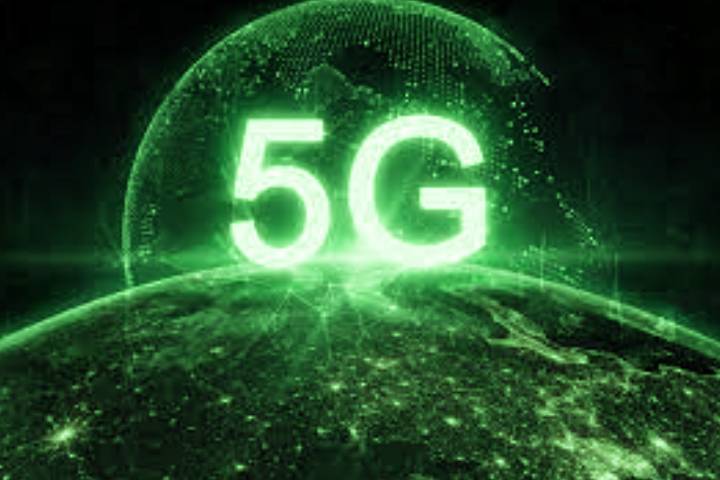 For some time now, people have been talking about 5G technology, the advantages, and not much of the disadvantages. While it is true that technology must advance, because the world advances, it does not mean that everything new is better. 5G is here to stay. Let’s look at the positive and the negative.

5G technology is as good as it is claimed?

When you want to sell a product, obviously you will talk about the advantages and you will not talk about the negative things. To convince the customer, you will only emphasize the positive. That is happening with 5G technology.

We cannot oppose the advancement of technology, that is a fact, but we must inform ourselves in detail what it consists of. Because everything has its good side and its not so good side.

The same thing happened when they implemented 4G, which is what we are using, but the jump was not so great from 3G to 4G, as it will be with 5G.

Why is 5G technology so important?

We are talking about the fifth generation, which is more than an evolution. Since it brings three important improvements compared to 4G, these are higher speed, latency, and density.

With higher speed, it will allow you to make video calls with the highest quality or enjoy a full virtual reality experience. Lower latency or responsiveness, much needed for video games and augmented reality. And the higher density allows the fluid use of data in events and large gatherings.

As a consequence of technological advancement, the batteries in our mobile devices will perform and last much longer. 5G reduces power consumption by 90 percent. With these premises, it will be easy to use parallel services without connection problems.

The 5G technology only works if the device you are using is also 5G.

It is a benefit to have 5G in teleworking since it is of the utmost importance to have good equipment and a good connection to work from home.

At mass events, such as concerts or football matches, videos can be sent without fear of the connection being interrupted.

It also has its advantages in video games: “In a video game, your character is going to shoot the enemy and, suddenly, the image stops. The enemy shoots you and eliminates you. This is because the connection has not responded quickly ”, illustrates José Antonio Portilla, member of the Governing Board of the Official College of Telecommunications Engineers. That won’t happen with 5G.

“ The new connectivity will allow virtual reality to truly enter smartphones. This is how José Francisco Monserrat, professor in the Department of Communications at the Polytechnic University of Valencia, explains: “When you put your mobile phone very close to your eyes, the pixels are noticeable. So we need 4K resolution mobiles. And to download with this image quality you need 5G ”. In this field, Samsung has the widest catalog of 5G mobile phones ”. (according to the elpais.com portal)

The 5G technology will reach every area, shopping in stores may be a coated augmented reality experience, such as indicating the nutritional value of a food by only approach it with the camera.

To all this we must add its usefulness to connect home devices, since having 5G there will be a more secure connection, not like Wifi, better responses, more quality, and much more security.

The first smartphone devices with the new technology have already reached the market and it has already been implemented as a pilot in some cities in Spain (in 15 cities) with coverage between 60 and 70%.

At the end of 2019, there were 181 pilots with the new technology in the 28 Member States. Further advances are expected during 2020.

The 5G technology will be a complimentary wireless optical fiber. The 5G base station has to be connected with fiber optics, but in the last mile that connects to the home, 5G is the substitute.

To access 5G technology you need a mobile that has a 5G connectivity chip. For now, it is reserved for the high end.

Any smartphone with 5G that appears on the market will be able to use the 4G and 3G connections.

When 5G arrives, laptops will be able to access this technology, including a SIM that gives them 5G.

Every technological advance has a risk quota, and 5G is no less. The European cybersecurity agency ENISA, warned about the high risks that 5G networks could bring, a few months ago, considering that there are not enough security guarantees.

With the threats already existing in 4G networks, they will intensify as users, data, and network bandwidth increase.

The lower latency also poses a risk. The cyber-attacks become more dangerous to more devices being connected remotely to the network. Since hackers could take advantage of these connections to change the direction of a car, for example, or turn on a domestic oven.

Internet of things devices and sensors will be vulnerable to cybercriminals, as they will require more complex authentication to prevent unwanted access.

The previous devices will be obsolete, even the current ones, because they will not be able to assume the speed and the amount of information that will circulate, therefore, we will be forced to replace them.

We are talking about a high cost of 5G infrastructure, from the devices to the installation itself. This is what happened a few years ago when there was talk of fiber optics and that plan increased its value by including it.

We must remember that there are still places where the internet does not reach, for that same reason and because of its geography, will this problem be solved with 5G?

One worrying aspect is the health risks

There is a body that guarantees that the network is completely safe, it is the Scientific Advisory Committee on Radio Frequency and Health, which has already positioned itself on the risk that 5G could have. They are experts in magnetism who must evaluate and dispel doubts about the impact of the network on people.

According to history, for decades, the telecommunications industry and governments did not invest enough money in safety studies in the electromagnetic field (EMF) and radiofrequency (RF) and their effects on human health. It also affects animals and plants.

“This neglect occurs although the World Health Organization (WHO) and the International Agency for Research on Cancer (IARC) said in a joint 2011 press release that they found EMF radiation to be possibly carcinogenic to human beings “.

“The appeal of 5G’s super-fast download speeds will be pervasive, but it will come at a hidden cost of invisible RF transmissions, electromagnetic radiation, and constant reception/transmission of WiFi signals that most people consider benign.”

Many times out of ignorance we accept the new proposals that the technological world makes us, we must inform ourselves to have an opinion. But we can’t be left behind in technology either, so let’s hope that along with technological advancement, they will worry about advancement in safety for people.

Should we trust this new technology?