What Is Internet security? 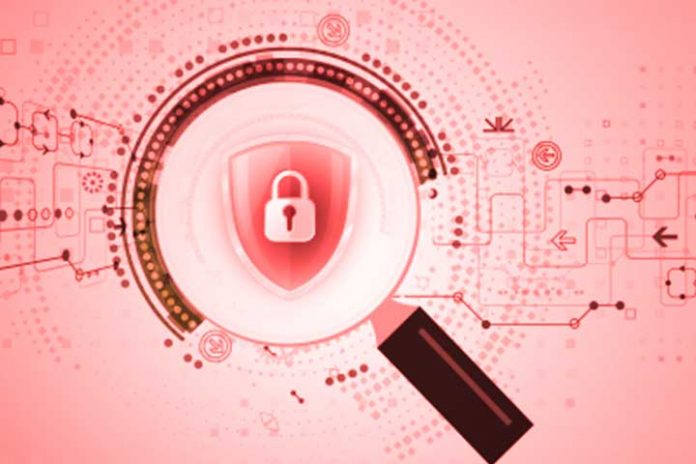 The Internet has evolved the way people communicate while it offers users the possibility of accessing endless content with previously inconceivable freedom. But this social and human service also implies risks that, unlike daily life in which these are commonly physical, the dangers for surfers are more related to privacy and economic damage in the journey through cyberspace.

Although in the early years of the global network, the occasional intrusions were generally directed at corporate and government institutions. The development of electronic commerce has meant that ordinary users are a target both for particular marketing and advertising agencies (which sometimes use somewhat ethically debatable methods to obtain information from users regarding their tastes or customs) and for computer criminals (whose purpose is to access data to bank accounts, credit cards or online payment systems of internauts).

The Internet has also become the perfect means of distribution for all kinds of malicious programs, such as viruses, worms, Trojans and other electronic fauna that can cause severe computer damage to users who do not take the minimum recommended security measures.

As an additional or eventual resource, you can obtain information about anonymous browsing and how to use it in the anonymity section.

An action aimed at maintaining a user’s privacy about their uses and browsing habits is the elimination of their traces.

Web browsers collect information related to Internet browsing undertaken by the user, which is recorded to facilitate subsequent access, such as the history of the web pages visited or the cached copy of these and the text—entered in the fields of web forms, which usually refers to personal data.

Browsers also have the option of remembering passwords entered by a user to prevent the user from retyping them in future accesses to the page or service that requires them on a mandatory basis.

To prevent anyone from accessing this information, it is advisable to eliminate this browsing trace regularly. This procedure is similar in all browsers. Here’s how to clear your browsing trail from Firefox and Internet Explorer:

Firefox. Access Tools => Clean private information, or use the key combination Ctrl + Shift + Delete. A small window will appear in which you can select the elements to delete.

Internet Explorer. Access Tools => Internet Options. Once there, there are the Browsing history options in the General tab, where browsing traces can be deleted by pressing the Delete button.

Spyware is a type of software that performs spying or monitoring tasks once installed on a computer, collecting personal information from the computer user, which is transmitted to the person or entity responsible for spreading and installing the spyware.

In many cases, spyware is installed through programs offered by some companies for free, which obtain information regarding user activity in return.

Spyware intermittently uses the Internet connection to transmit the collected information to the origin server, using part of the user’s broadband or data transmission capacity. If you have an Internet connection through a dial-up modem, spyware may be discovered if you try to make a transmission and the network connection is not activated. Since then, the window will appear dial-up relationship that the user sees on the screen in Internet access establishments.

Because spyware tends to use the HTTP protocol in their communications, firewalls generally cannot wholly control spyware, so it is necessary to use a specific type of software to clean the computer of these intrusive programs.

More information on the most recommended and freely distributed anti-spyware utilities can be found on the author’s page: Spyware.

Phishing is the technique used to obtain confidential and personal information (bank account numbers or credit cards, passwords) of Internet users through identity theft carried out by the scammer.

The most common phishing methods are sending emails, cloned web pages, messages sent to mobile phones, and even phone calls whose objective is to obtain the precious confidential data of the users.

These scam techniques are becoming more and more frequent, which implies the need to be informed of the methodology used to prevent fraud. It is enough to say that banks will never request data from their customers using the methods mentioned above (especially email or telephone communication). If an electronic banking service is used, the user generally obtains the access codes at the same branch to request them in advance.

Special care must be taken with emails requesting personal or confidential information on behalf of a financial institution for routine security confirmation. In almost all cases, it is a form of phishing that uses this bait to sow doubt or alarm in the user. In these messages, a link usually appears that, in theory, should lead to the impersonated financial institution. In reality, they show the user to a web page copied from the original. A design identical to the simulated site is usually used, but the whose address or Logically, the URL does not match that of the legal entity. This last detail can be difficult to observe for a less experienced user, But the latest versions of the most popular browsers feature somewhat effective phishing checking utility. However, the best tool is always common sense and caution.

The term virus is usually used to refer to various malicious software that circulates on the network. Once installed or hosted on a computer, it spreads or executes, causing damage or problems of different considerations.

The name of a virus is based on the ability to spread and cause damage, like biological viruses. Computer viruses are capable of replicating themselves automatically. The damage they can cause to the infected computer is disparate: messages appear on the screen, minor system errors, file destruction, challenging drive formatting, corruption total system.

Worms are programs that replicate themselves by accessing one system to another. While viruses require user action to transmit them, worms spread themselves to other systems without external intervention. Worms can use a specific file sent by email in an automated manner to disseminate or exploit security holes in systems to spread. The latter is the most dangerous, since a user doesn’t need to take any action (as in the case of worms that use email, which must be opened by the user it reaches), but rather the scope of its Propagation depends on the number of computers that present the vulnerability in the form of a system hole.

Trojans or Trojan horses are a type of software that, like the legendary horse, is initially presented in the form of a harmless and even helpful program but hides inside a malicious code that runs with the program itself. The question, without the user being aware of it. Once the Trojan has been executed, the damages it can cause are diverse: the destruction of files, recording user activity and installing a back door to allow remote control of the infected computer.

SSL stands for Secure Sockets Layer and is a general-purpose protocol for establishing secure communications, developed in 1994 by Netscape Communications and the first version of its web browser (Netscape Navigator).

SSL creates a shielded channel for the transmission of confidential data, which is currently the security solution implemented in most web servers that offer electronic commerce services and in banking or financial entities.

A user can verify that they have accessed a site or web page that uses the SSL protocol by observing that the browser’s address bar shows the protocol HTTPS instead of HTTP. In addition, other indicators of secure access appear in most browsers, such as the icons that represent a padlock.

A firewall (called firewall in English) protects equipment against intrusions that acts as a barrier or wall in the connections to the network.

The need to have firewall software installed is essential since otherwise, a computer remains accessible from the outside, making it a perfect target for attacks.

A computer that connects to the Internet without using a firewall receives an intrusion or attack in a matter of seconds due to the continuous scanning of access points within the IP address ranges enabled by Internet service providers. Hackers, both hobbyists and experienced hackers, often use tools that automatically and continuously check for vulnerable computers in those IP address ranges.

Also Read: Strategies To Improve The Positioning Of A Company On The Internet