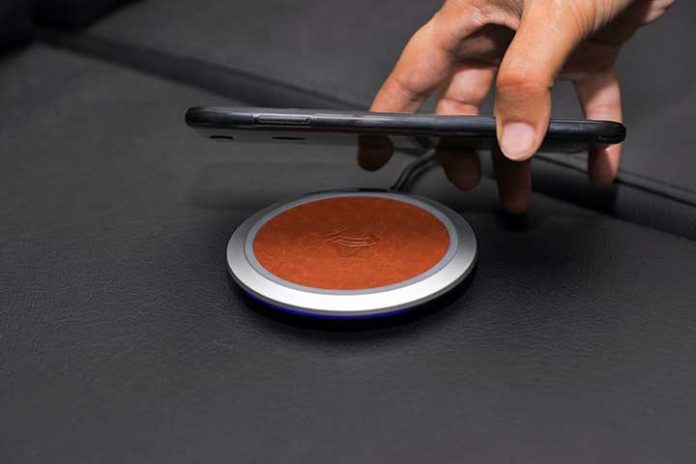 Wireless charging offers the ease of charging the mobile phone without cables connected to the electrical current. This technology is available in most smartphones and smartwatches, and a wireless charger is required to charge with this function.

There are different types depending on their design or charging technology.

How does a wireless charger work?

A wireless mobile charger is a charging base that provides current to electronic devices through magnetic induction. The batteries are recharged by contacting the wireless charger; even some phones can recharge others without needing the base.

The connection is made through magnetism without connecting any cable between both devices. The device to be charged using magnetic technology must be close to this field for the wireless charger coil to detect it.

There are two wireless charging standards, Qi, used by most mobile device manufacturers, and PMA.

Also Read: Why Fast Charging Doesn’t Work On Your Phone

The most obvious advantage is the elimination of cables while charging the devices since you only have to place the smartphone on the wireless charging base, and it will start charging.

Because they are not handled the same way as those with cables, with wireless chargers, there is less wear and tear on the physical connector, and frequent replacement is unnecessary, so its useful life is longer.

Another advantage is that wireless charging is universal, as long as the mobile phone has the necessary technology to offer this function. The new EU regulations approve the use of universal chargers from 2024 as a commitment to sustainability with a reduction in electronic waste. Therefore, the option of using a wireless charger is more environmentally responsible and offers compatibility.

Wireless chargers provide a slightly slower charge, although this can be an advantage as this does not accelerate the battery degradation caused by fast charges of 18 to 25W.

It is a very comfortable charging option for when you are not using your mobile, such as in the office or while you sleep; place the base on the table and let it charge.

Different types of wireless chargers depend on their manufacturer, but all of them are the same: to supply power to the smartphone or smartwatch. The most important aspects to consider when choosing a wireless charger are the charging power, the design, and the number of devices that can be charged simultaneously with the charger.

Depending on the type of charge, there are two types of wireless chargers:

By Resonance: Requires the phone and wireless charger to be in close proximity but not necessarily touching.

According to their support, we can find three types:

Flat base: It is the most discreet and straightforward. It is a circular charging station that adapts well to any surface without taking up too much space and only allows one mobile device to charge at a time.

Some have non-slip rubber rings to be placed in areas with a slight incline. One example is the Belkin 10W Charging Stand.

Vertical support: This wireless charger allows you to charge the smartphone vertically on magnetic support that works as a “stand.” This way you can charge your mobile phone in the office while you use it, for example. One example is the 7.5W Anker PowerWave.

Magnetic charging pad: It is a charger that works in the same way as the flat base and the vertical stand, but it sticks to the device through a magnet and is more portable than the others.

Also Read: How To Choose The Best Power Bank For Your Mobile Phone