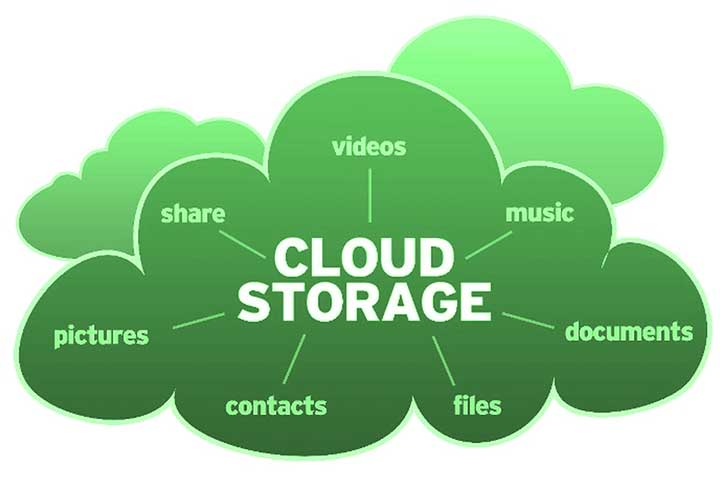 Who does not have photos, videos, or another type of document in the cloud today? Many of you will know what we are talking about, but others, even having content in the cloud, it is likely that you are not so sure.

Cloud storage, or the cloud, as it is commonly known, is a model of internet data storage. We are therefore talking about an online system in which data stored in a place that can be accessed by anyone who has the permissions is organized, through the internet, and without the need to be connected to an internal network or access from a hard drive own self. However, it should be noted that there is a physical place where the data is housed, the so-called servers, cloud providers that offer cloud storage services.

It all started a few years ago …

Although it may seem like something ‘very current’, with the same characteristics as cloud computing, in terms of agility, scalability, elasticity, and multi-ownership, cloud storage began to take shape back in the decade of the 60 from the hand of the American computer scientists Joseph Carl Robnett Licklider and John McCarthy, who were two of the main predictors of what the cloud would become.

After years of development, in the 80 ‘the application of the cloud as such began, when tasks began to be applied on a computer network instead of on a single computer. Thus, the term began to be used, first referring to telephone networks and then to computing infrastructure. It was in 1997 when the word ‘cloud’ was used for the first time in the academic environment, at the hands of Professor Ramnath Chellappa, who defined it as a new computing paradigm. A major milestone came in 1999 when Salesforce demonstrated the benefits of using web portals to deliver its products and introduced the term ‘software as a service.

Little by little, companies began to rethink the way they used the Internet and the usefulness of the network, thus changing the way they offered their services. Along with the continuous demand for large volumes of data, cloud computing began to settle, which continues to this day.

Within what we call cloud storage, we find three different types such as private, public, and hybrid cloud.

The truth is that we could say that the cloud is unlimited, however, everything has its limits, and in this case, it is mostly monetary. The capacity offered usually varies depending on the providers. It is common to have several service models, starting with free to premium. In the free version, the providers offer a storage capacity that reaches 15 or 20GB. Then, already underpayment, in the premium models, the capacity increases to incalculable amounts, only conditioned by the economic part.