More
HomeTECHNOLOGYStorage History: From Punch Cards To The Cloud
TECHNOLOGY

Storage History: From Punch Cards To The Cloud 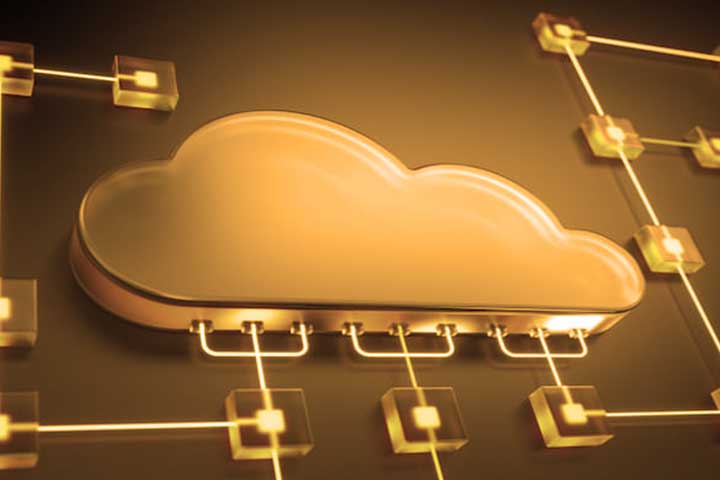 Today we are used to having hyper-developed and high-capacity computer storage, but this was not always the case.

Do you remember when you stored floppy disks, those plastic squares with a disk inside that allowed us to store what we now know to be a tiny amount of data? It has already rained, and a lot, since we started storing data on computer platforms.

The beginnings of data storage are before the advent of floppy disks. We are talking about punch cards, which, through binary code, allowed data to be saved. Although these cards have their origin in 1725, when the French Basile Bouchon and Jean-Baptiste Falcon, used perforated rolls of paper to control their textile looms, it was not until the 50s when they began to be commercialized, by the hand of IBM, as the main means of data entry and storage worldwide.

A few years later, reaching almost the 60s, magnetic tapes began to be used for data storage. Better known in the popular world as VHS tapes or cassettes, they were an important milestone in the world of computing. The storage allowed concerning punched cards was much higher, a single tape, which could reach 10MB, could replace 10,000 cards.

With the appearance of floppy disks, computer data storage begins to expand to other aspects

Now we have reached the era of Floppy Disks, first 5.25 “in the 70s and later, already in the 80s, the 3.5” ones. Here the storage of computer data begins to expand to other aspects, such as video game floppy disks. In the 1980s, floppy disks offered a storage capacity of 1.44MB or the equivalent of nearly 400 pages of text. An unprecedented milestone.

After this, in the 90s, the development of storage began to accelerate, the ‘ ZIP Disks ‘ appeared, which had a capacity of 100MB, high speed and as a novelty, they allowed users to make backup copies of their hard drives like this how to transfer large files with ease.

One of the great revolutions came with CD-Rom. A great change that reached industries such as music or cinema, videogames, and other markets. Its capacity was 700 MB, 450 times that of a Floppy Disk.

In the 20th century, the computer storage revolution continued to advance in great strides. Flash Drives, better known as USB, and External Drives revolutionized the way end users stored information. Both provided the novelty of being able to record and modify the data and also the capacity is now measured in GB. Today any user has at his disposal a common ‘USB’ in which to store 16, 32, 64 GB, or a 1000 GB external hard drive, or what is the same, 1TB.

Also Read: 4 Advantages Of Having A Backup In The Cloud

And finally, the cloud arrived …

Currently, both individuals and business organizations, we make use of a different storage system called ‘the cloud’ / cloud, which is nothing more than a computer service that processes and stores data through a network of interconnected servers. Today, cloud computing is the predominant technology in the provision of IT services, and in terms of storage, it allows access to data from anywhere with an internet connection and also has a practically unlimited capacity.

Currently, the world of storage is in a process of convergence between physical storage and new trends, including big data, hyper-convergence, or flash storage.

How do I choose the best cloud?

Today the cloud presents a myriad of advantages, which make it a very interesting service, both for private users and companies. The market offer is very wide and a priori the difference is little between some and other services, but it is always better to go into detail and analyze benefits such as: