More
HomeGENERALHow Valuable Is The Advertisement In Sports
GENERAL

How Valuable Is The Advertisement In Sports 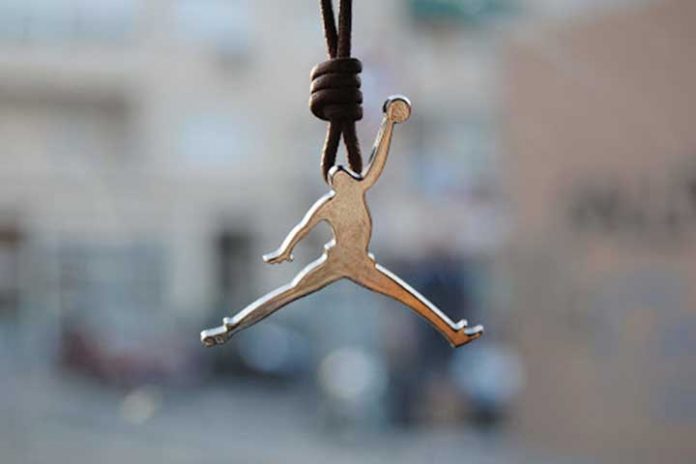 Different brands compete for the attention of sports event viewers and the loyalty of fans of famous athletes, investing a lot of money in promotion. They get the result in increased sales, recognition, and positive publicity.

The battle between Adidas and Nike has been going on for decades. The two brands have been vying all these years to sign contracts with some of the world’s most famous athletes, such as Messi or Cristiano Ronaldo, and all the main news and tips on these players’ latest games fans can find on the https://bookmaker-ratings.com/ website.

The first big sports deal took place more than 30 years ago between Nike and basketball player Michael Jordan, and its sum was $ 500 000. The collaboration between the brand and the athlete brought about $60 million a year for Jordan.

In 2014, Nike launched the new Air Jordan 10 Powder Blue trainer. It generated $35 million in revenue on its first day of sales. Nike first introduced the Air Jordan trainers to the public in 1984. An athlete went to a game wearing black and red trainers. However, this contradicted the NBA policy: the shoes did not have the mandatory white color. Therefore, the sports league banned the basketball player from wearing them and fined him.

Nike has paid the fines and made an advertisement with the following text: “On September 15, Nike has created new revolutionary trainers. On October 18, the NBA took them out of the game. Fortunately, the NBA can’t ban you from wearing them.” In 1985, a pair of Air Jordan trainers cost $65. In May alone, the company sold them for $70 million.

In 2013, sales of the model rose 11% to $2.7 billion. All of Jordan’s name-brand merchandise generates $2 billion in revenue for the company annually.

Despite Jordan’s retirement from the sport 19 years ago, Nike trainers bearing the athlete’s logo are the most popular basketball shoes that users order online. In 2015, the model accounted for 2/3 of all pairs sold. At the end of 2013, 92% of the US basketball trainer market belonged to Nike, with Jordan-branded shoes accounting for 58%. Around 5% went to Adidas, and another 2% went to Reebok.

The Swiss tennis player signed a lifetime contract with Wilson in 2006. After his career ends, Federer will become an ambassador for the company.

The tennis player also represents Rolex, Credit Suisse, and Mercedes-Benz brands. His income in 2015 was $67 million. Interestingly, his main activity earned him $9 million, while his advertising contracts earned him six times that amount of $58 million.

Also Read: Best Games For Children On Mobile Without Internet

Samsung Electronics began its involvement in the Olympics as a local sponsor in Seoul in 1988. Since then, the company has acted as a Worldwide Olympic Partner in the wireless telecommunications equipment category. It provides its own wireless communications platform, Wireless Olympic Works (WOW), and mobile phones. In return, Samsung received favorable advertising during the broadcast of the games and the right to use Olympic themes in its PR activities. Studies show that consumers perceive the Olympic emblem on any product as a sign of its high quality and familiarity.

After the Sydney Olympics, Samsung’s recognition increased from 5% to 16.2%. In the first year after the Games alone, sales of telecommunications products increased by 44%, and the value of the brand doubled in three years, from $5.2 billion to $10.8 billion.

Another permanent sponsor of the Olympics since 1986 is Visa, the exclusive and official payment system for the Games. According to the contract, until 2020, any monetary transactions at the Olympic venues can only be made using the firm’s cards.

The very first sponsor of the Olympic Games is Coca-Cola, since 1928. The amount of the contract is usually concealed by the brands. However, it is known that the drinks manufacturer paid around $100 million for its participation in the London 2012 Olympics.

Such spending is justified. After the Beijing Olympics, Coca-Cola increased its brand awareness by 19%, with 50% of consumers stating that they had a better perception of the brand. Thanks to a successful marketing campaign in Russia on the eve of the Winter Olympics in Sochi, Coca-Cola’s sales rose 3% in the first two quarters of 2013.

Even those not closely interested in sports know the significant sports stars and hear about events such as the Olympics or the FIFA World Cup. In terms of reach, sports advertising has the widest audience, which means brands have an excellent opportunity to promote their products.

Also Read: How To Find Free Games Without Ads On Mobile

Technology Comicshttps://www.technologycomics.com
TechnologyComics.com is an online technology magazine. Our aim is to provide the valuable information about the Gadgets, Business, Apps, Marketing, Reviews, Technology news, trends and updates to our readers.
RELATED ARTICLES
GENERAL

Pros And Cons Of The Gold Monetization Scheme

The Most Popular Casino Games In 2022