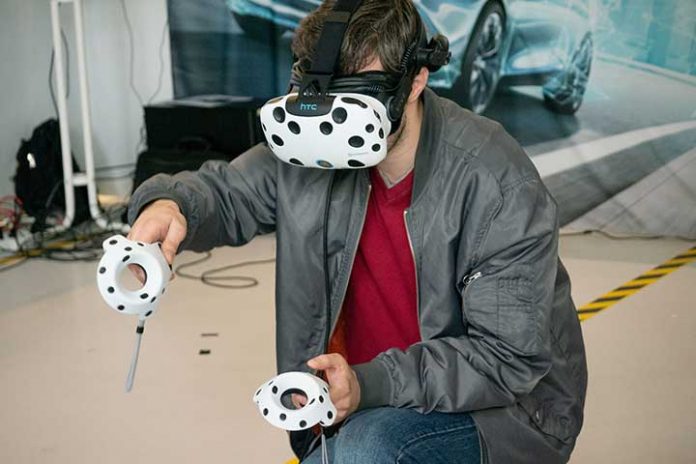 Virtual Reality (VR), Augmented Reality (AR), and Mixed Reality (MR) are part of the so-called Extended Reality or Extended Reality (XR). This concept refers to immersive technology that offers exciting applications for multiple sectors and contexts. Extended Reality conceives imaginary environments where the real and virtual worlds are combined. The user can go through these spaces and interact with their different elements through specific devices.

In recent years, Extended Reality has been gaining followers seduced by the infinite possibilities it holds. This has led the technology giants to invest large sums of money in rising to the top of this race. Thanks to this, the XR has experienced a substantial boost. Thus we find ourselves before a circle that feeds back: more interest, more investment, and more development.

These technologies transform various industries, including the AEC (Architecture, Engineering, and Construction) sector. Being a relatively new technology, there is still some confusion between Virtual Reality (VR), Augmented Reality (AR), and Mixed Reality (MR). In this article, we try to clarify their differences and show their main applications in both architecture and interior design, and even in the real estate business.

It is a technology that offers us a complete immersion in an artificially generated world. This means that the user does not see the real world but only visualizes a digitally created environment that is made up of scenes or objects with which he can interact. These items may or may not have a realistic appearance.

Unlike VR, augmented Reality adds one or more virtual layers superimposed on what already exists so that the user does not only see a fictitious environment. In these layers, similar to what we know as a hologram, we find both digital objects and information related to real objects. This allows access to information in real-time about the physical spaces in which we find ourselves.

In this case, you need a pair of glasses or a mobile device that allows you to see the real world and the virtual world simultaneously. They are very useful in specific contexts because they will enable you to see Reality and fiction simultaneously with your hands-free. It can be used with mobile phones, tablets, or glasses compatible with augmented Reality. However, augmented Reality does not offer the same degree of interactivity as mixed Reality, which we will see below.

It is a combination of the previous two. This type of technology not only adds virtual content to the real world but merges with it. Mixed Reality can recognize the environment, adapt to it, and offer the user multiple possibilities for interaction. This is precisely its strong point: it allows you to introduce and manipulate virtual objects in the real world and make them react like physical realities. As with VR and AR, it also requires specific glasses.

Extended Reality represents a radical change in our conception of architectural visualization because it transforms the way users interact with projects and evaluate designs. Its incorporation into the architecture sector offers benefits throughout the entire life cycle of work, from the initial planning phases to the final execution and even later maintenance tasks.

Creating simulations and three-dimensional objects from real-world scenarios provides new capabilities that can be applied to interiors, exteriors, buildings, lots, etc. Let’s see some of them: