More
HomeTECHNOLOGYThese Have Been Significant Advances In Cloud Computing
TECHNOLOGY

These Have Been Significant Advances In Cloud Computing 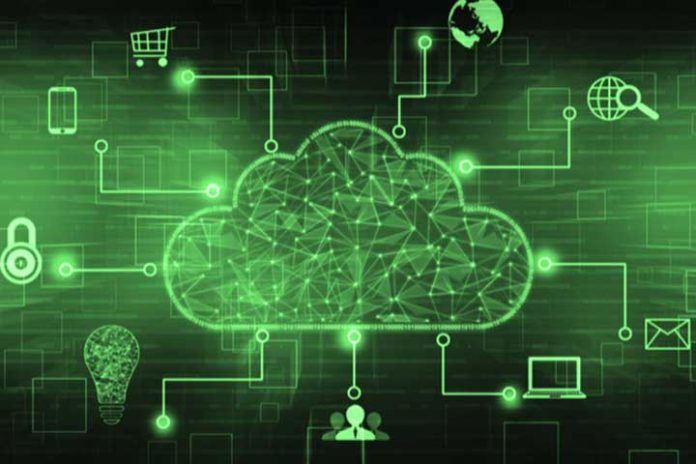 LINKE has presented the main advances in cloud computing that have made it essential in companies’ digital transformation strategies on the occasion of its tenth anniversary. And it is that Covid-19 has had a tremendous social and economic impact that, in the technology sector, will translate into an 8% drop in spending, leaving the figure at 3.4 trillion dollars in 2020, according to Gartner.

However, there will be items that are saved, such as those destined for digital transformation that, according to IDC, will grow 10% to reach 1.3 trillion dollars. And, within this group of technologies is the infrastructure and cloud platforms that will continue to grow, as it already did during the pandemic.

“Linke’s history goes hand in hand with the consolidation of the cloud as a model, and our intention for the next ten years is to continue developing a profitable, sustainable and increasingly international company capable of offering high value in critical technology projects for companies. Organizations, but without losing our qualities such, for example, a culture very focused on innovation and people”, says Chabier Sanvicente, CEO of Linke.

The cloud computing model has reached its complete consolidation, making its way among the wide variety of technologies that speed up the implementation of digital models. In a staggered pattern, among its advances, we find;

The 1960s. The world begins to think about how to connect; John McCarthy, a computer scientist profession in 1971 would received the Turing Award for his contribution in the field of artificial intelligence, is the one who started talking about the concept of cloud computing. However, he called ‘utility computing’ to predict how would offer technology to countless users at a reasonable price. Two years after McCarthy spoke of ‘utility computing’, in 1963, Joseph Carl Robnett Licklider outlined in a memorandum his vision of a global computer network that led to the ARPANET, the forerunner of today’s Internet exchange network.

The 90s. Internet begins its development after its creation in 1989; From the European Laboratory for Particle Physics (CERN), the British scientist Tim Berners-Lee became in November 1989 the father of the Internet network, as we know it today, by establishing the first connection between a client and a server using the HTTP protocol.

The Internet favours creating the ASP model; In the 90s, to take advantage of the Internet in corporate environments, other types of networks such as WANs, LANs, Intranets, Extranets or VPNs were emerging. The combination of these advances gives rise to new forms of computing consumption. Thus we arrived at the ASP model that, although it had limitations, facilitated the use of software as a service, still in force today after evolution and a clear predecessor of other cloud models.

Linke has presented the main advances in cloud computing that have made it essential in companies’ digital transformation strategies.

Millennium change and the need to be more digital; A more mobile and always connected society through networks, and a more global economy are the starting point to offer more digital services, at any time and place, regardless of where the user, client or consumer is. The market intelligence firm IDC spoke for the first time in 2007 of the “Third Platform”, which brings together a series of trends that are the pillar of this digital evolution: mobility, social networks, big data and analytical capabilities, and cloud computing. The rest of the analysis consultancies also identify these technologies as keys to digitization.

Public cloud platforms emerged; In 2002, Amazon brought AWS to market. The same company in 2016 presented EC2. The first public cloud platform was born, which today leads the market, and later Google Cloud Platform, Microsoft Azure and the Chinese version of these initiatives, Alibaba Cloud Computing, emerged. It also marked the cloud development that Microsoft and Google offered their productivity applications under this model.

Compatibility between clouds of different types: the journey towards hybrid models; In 2008, Eucalyptus was born, the first open-source AWS API platform that enables the creation of cloud systems compatible with AWS web services. That made it easier to deploy private clouds. Also noteworthy was OpenNebula, the first open-source software to deploy private and hybrid clouds.

Cloud becomes the key to maintaining operations in the global crisis generated by the outbreak of the coronavirus; The promise of scalability, agility and a flexible cost model is attractive in times of growth, but it also has to help companies adjust their resources in times of crisis, and it has. Those companies that had already started their journey to the cloud have reduced infrastructure costs and adapted them to their new needs.