The Six Emerging Technologies That Could Make 2021 A Historic Year 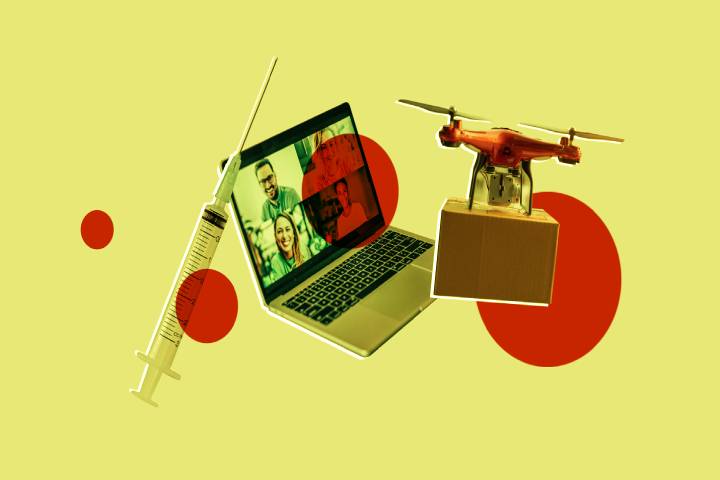 When it comes to driving, 2021 will not only be marked by sophisticated robotic cars. It is also expected to be a significant year for electric vehicles. A report by Bloomberg New Energy Finance predicts that electric cars will take almost 4% of all car sales in the United States and 5% in Europe that year, compared to the respective 1% and 2% this year.

Beyond Tesla, other automakers are trying to break into that growing market. Volvo, for example, which aims to have an autonomous car on the road by 2021, also plans to launch five fully electric cars by that same year as part of its bid to say goodbye to the internal combustion engine (to boost this initiative, the company recently announced that all its vehicles will have electric motors by 2019, although initially many of them will be hybrids). Of course, it must be remembered that in 2008 the president of the United States, Barack Obama, promised to help place one million electric vehicles on American roads by 2015. Although in 2016 that objective had only been met 50%.

Although the first year of VR with some powerful consumer headsets on the market, 2016, was not exactly a bestseller, the technology is expected to hit many more people’s faces in 2021. IDC predicts that Some 92 million virtual and augmented reality headsets will be shipped, about 10 times the number of shipments made last year.

Much of the overall market growth will come from augmented reality, which currently has a small market share. But things will change as companies embrace the technology for tasks such as 3D modeling, with helmets like Microsoft’s HoloLens (currently only available as a developer device for almost 2,600 euros, and Meta’s Meta2 (which It will start shipping later this year, for just over € 800 and has a similar approach.

This one makes us more suspicious than the rest, so only time will tell. It is reported that a company called Contra line is working on commercializing a reversible male contraceptive method that does not require surgery.

Contra line claims that it has developed a “polymer hydrogel” that is implanted in the vas deferens in a few minutes and with the help of ultrasound equipment. The compound is designed to block the passage of sperm for years. In April, Contra line announced that it had raised nearly € 1.9 million for the project and its goal is to launch a product to market in 2021.

In 2021, there will be many more people who will be able to comment on these amazing new technologies (whether they have come to fruition or not). The visual networks index of the network equipment manufacturer Cisco predicts that the number of people connected to the Internet will increase from the current 3.3 billion to 4.6 billion in four years. That would represent more than half of the world’s population, according to the United Nations forecast of 7.8 billion for 2021.

Clean energies have been getting increasingly cheaper for some time now, and in the not-so-distant future of 2021, it is expected that, at least in some strategic countries, energies from renewable sources, such as solar and wind, will finally be cheaper than coal.

Solar energy, which is more expensive than wind, is already comparable in terms of coal prices in countries like the United States, Italy, and Germany. And a recent report by Bloomberg New Energy Finance predicts that by 2021 solar power will be cheaper than coal in China, India, Mexico, Brazil, and the United Kingdom. That would be bad news for the already declining coal industry, but potentially good news for the environment, especially in China, India, and other countries where air pollution is a constant concern.

Chicken grown in the lab, rather than on a farm, sounds pretty crazy, but it could become a reality in a matter of a few years. And since it means not having to kill any birds, it could give way to chicken wings that even the most staunch defenders of animals would be willing to sink their teeth into.

That is the hope of the Memphis Meats company, which plans to sell its laboratory chicken by 2021. The company is working towards this goal and claims that it has already grown animal-free chicken and duck cuts in its laboratory.

Memphis Meats is just one of several companies trying to grow meat without having to raise and kill animals. Although they still have a lot of problems to solve, such as taste, ease of manufacture, and the price of the final product. At the moment each kilo of his chicken costs about 17,000 euros, according to Memphis Meats.