These Are The Jobs That Will Be Replaced By Robots 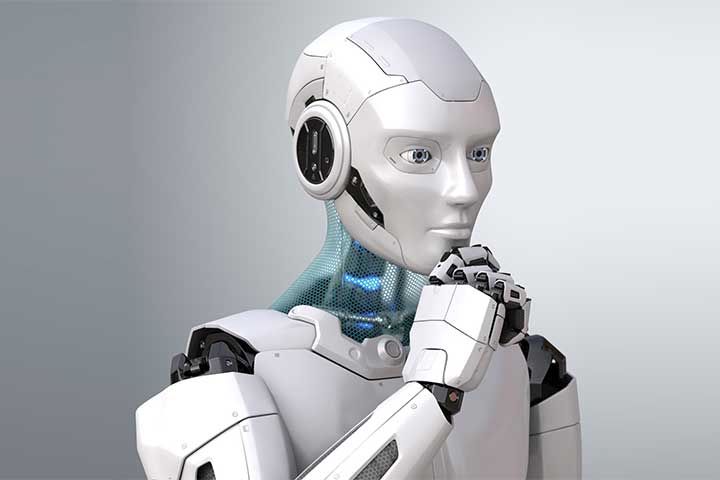 Advances in robotics and Artificial Intelligence (AI) will gradually change the way people work so that many new jobs related to these technologies will emerge, but other jobs will also disappear. In the US, 47% of the jobs that exist today are at risk of being automated in the coming decades. However, many others will be replaced by robots. The fear that robots will replace humans in their professions is a reality in many industries. According to a 2016 report by the World Economic Forum, in 2020 at least 7 million jobs will have been eliminated as a result of the Fourth Industrial Revolution, a term that refers to the great transformation carried out worldwide as a result of the great digital advance and technological. However, Not only will jobs be eliminated with this Revolution, but it is also expected that another 2 million jobs will be created, so it will be necessary to reinvent some professions so that they can cope with the changes.

What jobs are at risk of being replaced by robots?

Why are they at risk ?: The costs of hiring a lawyer are very high and, in addition, much of the work that these professionals do daily is quite routine, so, despite needing human labor For the elaboration of some tasks, the AI ​​could substitute part of the work they do. Some examples of tasks they could help with are uncovering legal processes by helping the attorney in the run-up to trial to decide which documents are relevant to the case, creating contracts, or appealing traffic tickets.

How to deal with this situation: Future lawyers must combine their law studies with computer science engineering, since in this way they will be able to maintain their jobs by knowing both the part of the work to be done with human capabilities such as that related to AI.

Why are they at risk ?: Both bots made up of algorithms and those that appear in humanoid form can represent a threat to journalists since they are capable of capturing and classifying information from various sources. However, at the moment they are not capable of making a structured analysis of said information, so they will limit themselves to describing an event and delivering the organized information to the journalist.

How to deal with this situation: AI and bots do not have to be seen as enemies of journalists, but must be seen as an aid to carry out research tasks, make statistics, streamline processes and find data patterns that help to change the way of telling and presenting stories. Furthermore, in the future, they could be very useful to adapt stories written by journalists to different types of readers, depending on their age, level of knowledge about the subject, etc.

There are already some companies that are putting this practice into operation, such as the Narrativa startup, which seeks to create content of all kinds thanks to data and AI. The intention of this startup is not to replace journalists, but to help them by automating some news that has a very systematic and repetitive production, such as those related to soccer results or certain types of economic information, which take time away from focusing on other content that entail a more creative and profound elaboration. In this way, journalists will focus on writing higher quality stories.

Why they are at risk ?: autonomous vehicles pose a threat to drivers, teachers driving, dispatchers, and other employees who work driving a vehicle. Although there are still years for autonomous vehicles to become a daily reality, it is important to consider how mobility is going to evolve for the future.

How to deal with this situation: Given that it is an unavoidable situation, the International Transport Forum (ITF) proposes that countries harmonize their laws and that the arrival of autonomous vehicles be carried out gradually so that in this way the destruction of these types of jobs can be cushioned and workers can recycle their knowledge and find new jobs.

Why are they at risk ?: Like all sectors, catering has to adapt to the changes that occur, and, as a consequence, digitization and automation are important in some processes. Cooking robots are already a reality in some restaurants in China and the US.

How to deal with this situation: This does not mean that robots are going to completely replace cooks, but that they can be seen as a support to speed up some systematic tasks. In addition, behind a robot, there must always be a person and the limitations of the existing prototypes at the moment are considerable.

Why are they at risk ?: Increasingly, AI is taking over this industry, allowing computers to find patterns and make transactions faster and better than a human analyst. For this reason, it is estimated that approximately 30% of jobs in the financial sector will be lost in the next decade.

How to deal with this situation: Given this situation, new worker profiles are emerging in the financial sector, such as “quants” or are financial scientists who are professionals specialized in the application of mathematical and statistical methods to financial and management problems.

Why are they at risk ?: This profile of workers is being increasingly replaced by increasingly intelligent chatbots, so it is a job at risk of disappearing.

How to deal with this situation: Despite the improvements made to chatbots, many clients still prefer to speak with a real person on some occasions, since in this way they think they can explain their problem in more detail and feels more understood. For this reason,

Chatbots will be used more and more to solve simple and mechanical questions, but operators will continue to be needed to solve many of the customer requests, although not in the same volume as today.

Why are they at risk ?: Technology is advancing across the board, and medicine is no exception. There are already advances such as algorithms capable of knowing diagnoses or robots that perform surgeries.

How to deal with this situation: Although these technological advances will facilitate some medical tasks and know some data with greater precision, humans will have to continue to be involved with patients, and also, they will have to learn how new technologies related to the Health.

Why are they at risk ?: Manual work is increasingly being replaced by robots since they have a great advantage that they can work non-stop and not get tired.

How to deal with this situation: In this case, although many tasks are replaced by technology, it will require the supervision of a person, so many humans will spend time with robots instead of being replaced by them.

Musicians and other artists

Why are they at risk ?: In this case, we consider musicians and artists who are at risk of being replaced by machines as those who do simpler jobs with a lower degree of creativity such as composing archival music for commercials or creating illustrations for invitations. This is because artificial intelligence systems already exist that can generate archival music or create images based on a written description. It is an easily scalable technology, so these machines would be capable of doing much more work than one person and in much less time.

How to deal with this situation: Creativity gives people a great advantage over machines, so the most creative jobs will not be easy to replace.

Guidance: It is important to reflect on how technology is going to influence each of the jobs in the coming decades and think about what skills the different profiles of workers need to acquire to be able to recycle and adapt to new changes in their sector.

Robots can replace workers, and they will surely destroy many jobs, but they are not able to imitate the empathy and creativity of people, so there will be skills that will be irreplaceable.

In addition, the large number of new jobs that will be generated as a result of the appearance of these new technologies must be taken into account.

Ultimately, the important thing is to understand that technology and employment are not opposed. In fact, in some areas like medicine, education, or professional services, the two go hand in hand.

In these cases, a technological advance implies economic growth and an increase in employment.