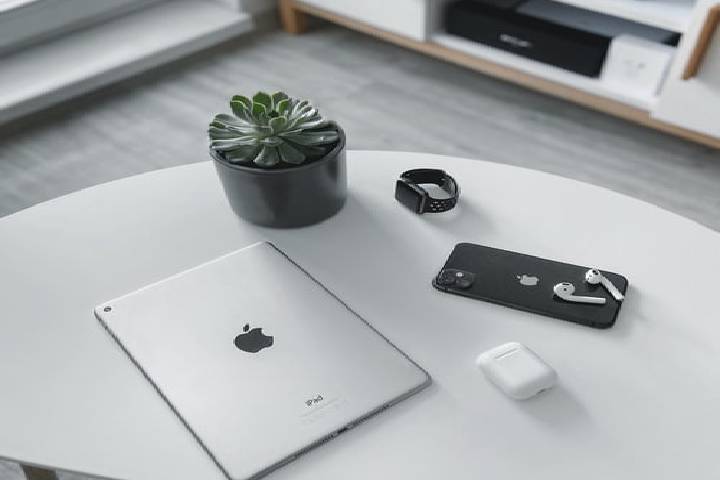 Apple has updated its new tablets and computers in the traditional spring meeting of the company, an appointment where the great novelties of the iPhone and the Apple Watch are reserved for the presentation in mid-September. The spotlights of the virtual event, dubbed ‘loaded spring’, were captured by the iPad Pro, a prodigy that is presented as the superlative tablet thanks to the M1 processor and the technology of the screen of very high resolution and sharpness. The 11-inch iPad Pro is priced at 879 euros for the Wi-Fi model and 1,049 euros for the Wi¡Fi + Cellular model. The 12.9-inch iPad Pro costs 1,199 euros in its WiFi version and 1,369 euros for the Wi-Fi + Cellular model. Both models can be ordered from April 30 and will hit stores in the second half of May.

As explained by the head of iPad marketing, the tablet “extraordinarily light and thin is capable of dazzling” in performance, design, and energy efficiency. Its CPU, enriched with the M1, provides a speed 50% higher than its immediate predecessor and 75% more agile than the first-generation iPad. This ability helps manage 3D images, augmented reality, highly sophisticated video games, and 4K resolution. The GPU houses eight cores to boost graphic s speed by 40% over its previous sibling, as well as neural engineering on the 16-core processor and “high-bandwidth unified memory.” The comparison with the first-generation iPad shows a speed 1,500 times higher, which the Apple executive describes as “crazy” to the “fastest iPad ever, without comparison possible on the market.”

The battery capable of withstanding the workload of all day is twinned with a larger storage capacity of 2 terabytes, where you can store up to 60,000 ProRAW photos or 220 hours of 4K video content. USB-CE connectivity allows high-speed transfers to which is added the so-called Thunderbolt, the port compatible with USB 4, the most versatile and fastest on the market with 40 gigabits per second. IPad Pro incorporates the 5G connection to streamline work on the go with speeds of up to 3.5 gigabits per second in ideal conditions or 4 Gbps in millimeter bands.

The tablets add the cameras and microphones with professional sound quality to turn the tablet into a near-professional TV camera, with the help of its Lidar Scanner. This technology detects and corrects the movement of objects and facilitates work in a chroma simulation environment or virtual backgrounds. The camera adds an ultra-wide-angle with a 12-megapixel sensor and a field of view of 122 degrees, as well as the so-called “centered framing”. The novelty allows moving images to be perfectly focused and placed in the center of the image, all with the help of artificial intelligence and image recognition. “Video calls never looked so good,” summarized from the Cupertino giant. The Liquid Retina screen houses more than four million pixels in the 11-inch model, while the Liquid Retina XR, of the 12.9-inch models, reaches 5.6 million pixels and 1,000 nits of full-screen brightness.

Although the main course of the phone is reserved for autumn, the company has presented two new versions of the 6.1-inch iPhone 12 and the 5.4-inch iPhone 12 mini in purple, both compatible with 5G, and with a design with flat edges, ceramic front cover, as well as dual-camera system, Super Retina XDR screen and the features of the A14 Bionic. The new creatures will be available for pre-order starting Friday, April 23, and will be available the following week, Friday, April 30. The prices of the iPhone 12 and iPhone 12 mini in their versions of 64 GB, 128 GB, and 256 GB start from 809 euros and 909 euros respectively. The iPhone 12 is also sold for 27.46 euros per month or 659 euros with the exchange of other Apple terminals in good condition, while the iPhone 12 mini would be available for 23,29 euros per month or 559 euros by exchanging another smartphone on the block.

After several threats along the way, the Californian company has been encouraged to incorporate a new product to its catalog with the name of AirTag, an accessory for the mobile that allows you to locate objects easily and safely. In this way, the Find My application finds the ideal complement with a small accessory that will protect any object from loss, keeping location data private and anonymous thanks to end-to-end encryption. The gadget will hit stores on April 30 and can be purchased alone, for 29 euros, or in a pack of four, for 99 euros. As explained in the Apple presentation, “Each round AirTag is small and lightweight, features precision-etched polished stainless steel, and is water and dust resistant to IP67.2.” What’s more, incorporates a speaker that plays sounds to help locate the AirTag, while a removable cover makes it easy for users to replace the battery. Additionally, customers can personalize the AirTag with their name engraved along with their preferred emoticons at the time of ordering.

Not everything is gadgets in the Apple house, but there is also room for the subscription business. This is the case of the Apple Podcasts, so far free, which from May will add features to go through the box with premium models. For example, advertising will be suppressed, with additional content and early or exclusive access to new series. After 15 years of experience in the medium, the multinational now offers its Apple Podcasts as the best place for listeners to discover and enjoy millions of great programs. Additionally, the new Apple Podcasts for Creators website helps content generators learn more about podcasting, as well as stay informed on the latest news and access best practices. All of the above is completed with a control panel that offers audience metrics, the ability to edit metadata, schedule, and manage the availability of programs or their reissues.