The Best Tech Products Of 2022 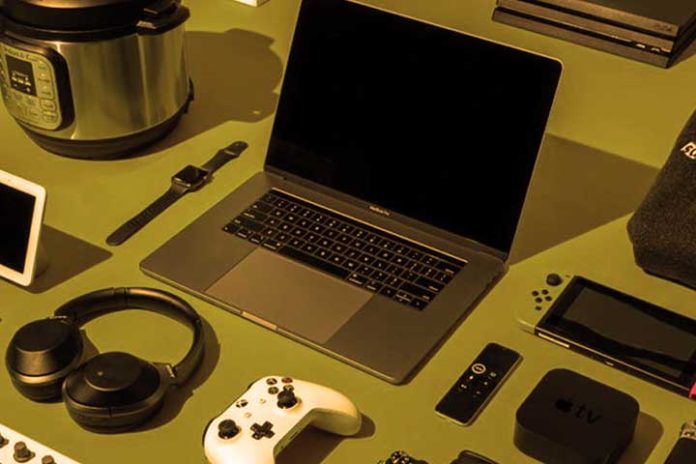 Another year is coming to an end, and from here, we take the opportunity to review the best technological products of 2022.

Every year countless devices of all kinds are released, so it is impossible to cover them all.

We will talk about some of the technological products that have stood out the most during the year ending.

We will divide the article into sections depending on the type of device in question.

Within this category, you can find laptops with specifications that suit anyone’s needs and budget.

If you are an Apple user, this year, the MacBook Air has stood out, which has a new design and works with the latest and most potent M2 chip.

For Windows users, many laptops from brands such as LG, Lenovo, Huawei, Microsoft or HP have been launched.

A more significant number of Android Tablets have been launched on the market, but Apple’s dominance with its iPad continues.

Among the high-end tablets, the fight is between the iPad Pro and the Samsung Galaxy Tab S8 Plus or Ultra.

As the best Tablet in value for money, the Xiaomi Redmi Pad stands out.

Smartphones have been a mature market for some time, and the changes that are being introduced are usually more powerful processors and improvements in cameras.

There are also some examples of riskier designs, especially in the case of folding smartphones.

The iPhone 14 Pro, the Samsung Galaxy S22 Ultra, the Google Pixel 7 Pro or the Oppo Find X5 Pro have stood out in the high-end.

This year has been characterized by the launch of televisions with the new QD-OLED technology, which improves brightness, colours, and resistance to burning compared to traditional OLED panels.

The Sony A95K and the Samsung S95B are representatives of QD-OLED panels.

The LG OLED C2 is among the best of the year for traditional OLED TVs.

With LCD panels would be the TCL C835 and the very expensive Samsung QN900B with 8K resolution.

In video games, the shortage of PlayStation 5 and Xbox Series X stocks has continued this year, although lately, it is easier to buy them.

According to the general opinion of all the video games released in 2022, the best would be Elden Ring and God Of War Ragnarok.

Regarding hardware, this year, a device like Valve’s Steam Deck has taken centre stage, which is more than a console and can also function as a PC.

We can enjoy the huge library of games on the Steam platform on its 7-inch touch screen.

The Apple Watch Ultra has been one of the highlights of this year, with its large screen and its resistant design, designed for extreme sports, diving, etc.

Apart from this model, we can also highlight the Apple Watch Series 8, the Samsung Galaxy Watch 5, or the Xiaomi Watch S1 Active.

Every year we find headphones with better sound quality and excellent noise cancellation.

Among the best headband headphones, we find the Sony WH-1000XM5, and as representatives of intramural or in-ear headphones, we can mention the new AirPods Pro.

Of course, there are many other high-quality headphones from brands like JBL, Samsung, Sennheiser and Google, to name a few.

We have wanted to focus on the most commonly used devices, but there is an ever-growing variety of technological products for almost all tastes and needs.

Soon we will begin to discover the technological products that will surprise us in 2023, but first, let’s enjoy the ones we already have available.