Primary Positioning On Your Website, How To Use SEM To Get To SEO 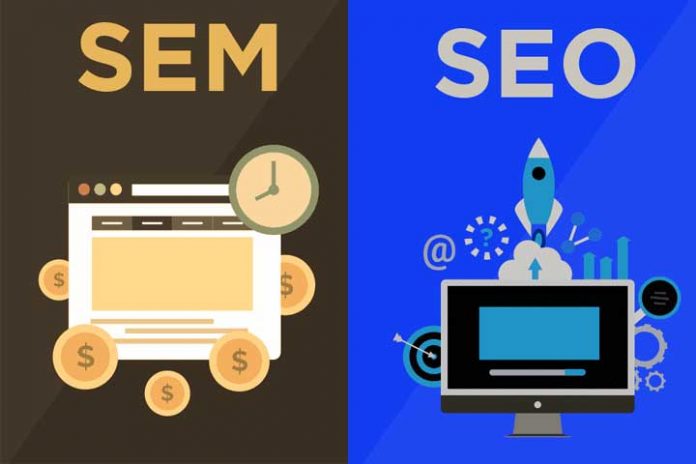 Online positioning is an indispensable aspect of online success. However, positioning today can be complicated for new companies. The enormous competition and the positioned websites make resorting solely to organic positioning ineffective. The best strategy to position yourself is to resort to SEM or paid advertising in the short term.

SEM or Search Engine Marketing is the set of paid and unpaid marketing actions aimed at positioning in search engines and enhancing web positioning. Among its advantages is personalizing the campaigns with the desired messages, making segmented campaigns, or estimating the results. Its two most significant drawbacks are the cost involved and the learning curve in creating campaigns.

Depending on where you want to position the ad, various tools can be used. As far as search engines are concerned, the best and most widely used option is undoubtedly Google Ads. This platform allows you to create personalized ads and bid to position them.

The key elements for a Google Ads campaign

When designing a Google Ads campaign, several elements need to be taken into account:

Target audience and product: The first step is to determine what you want to promote and to whom.

Place of appearance of the ad: There are two places in which an ad can appear: Google Search and Google Display. The first implies that the user is looking for content related to the ad and will appear in the search results. The second is shown as banners on the websites visited by having searched the ad content. Therefore, the first is aimed at a specific audience focused on the advertisement, and the display is focused on a general audience.

Keywords: Once you have decided where you want to place the ad, the next step is to determine what words to use to position it. When selecting keywords, the ease of positioning for them and the volume of searches must be considered. In addition, it is convenient to distinguish between long-tail terms and specific terms. Specific terms rank worse, although they generate many searches. Long-tail terms generate more specific searches but rank better.

Tools like Ubersuggest allow you to see the difficulty of positioning and the volume of searches. Others like Google’s Keywords Planner provide an estimate of the monthly search volume for terms. With the data of both, you can choose the best keywords.

Payment method: Depending on whether you have chosen Google Search or Google Display, you can select several payment methods. The choice of one method or another can condition both the success of the campaign and the investment to be made. The payment methods to choose from are:

Cost Per Click (CPC): It requires an action by the user since it charges for each click made on the ad.

Cost Per Lead (CPL): It is paid when the user clicks on the ad and then some action.

Online sponsorship: It is paid for the ad to appear for a while on one or more website pages.

Cost Per Acquisition (CPA): It is paid when a purchase is made on the web.

Cost Per Thousand Impressions (CPM): Charged for the number of times an ad is viewed on the web page.

Cost Per Thousand Viewable Impressions (vCPM): Ad must appear on screen at least 50% for 1 second to count as an impression. It ensures that users are impacted by the ad, as it is only charged for the actual impressions.

Investment: When creating a campaign, the investment allocated to it must be determined. This investment will affect both the bid per click and the cost per interaction. No fixed amount always works well. It would be best if you determined the investment based on the scope and target audience of the ad.

Google policy: For an ad to be put into circulation, Google must approve it, meeting a series of requirements. These elements must be taken into account when designing the ad so that it can be published.

Extensions: To provide as much information as possible in the ad, Google Ads has a series of extensions to add specific information. Using these extensions, information that the user may consider relevant can be given, and the impact probability will increase.

Once the campaign is defined, the next step is to measure its performance. For this, three measures are taken into account:

Clicks: Number of clicks made by potential customers compared to total customers.

Moving from SEM to SEO

Carrying out Google Ads campaigns can generate traffic to the web in the short term. However, depending on SEM actions in the medium and long term can be an unsustainable expense. For this reason, in parallel with Google Ads campaigns, it is advisable to optimize the web at the SEO level so that it begins to generate organic traffic on its own. Thus, in the medium term, the web will already be generating traffic organically, and it will not be necessary to depend so much on SEM to achieve organic positioning. In this entry and this post, some tips are detailed to optimize a website at the SEO level and tools that can be used to carry it out.

Technology Comicshttps://www.technologycomics.com
TechnologyComics.com is an online technology magazine. Our aim is to provide the valuable information about the Gadgets, Business, Apps, Marketing, Reviews, Technology news, trends and updates to our readers.
RELATED ARTICLES
DIGITAL MARKETING

What Is The CRO In Marketing?

What Is Branded Content, And What Are The Advantages For Your Brand