More
HomeGADGETSGoogle Home Mini Vs Nest Mini: What Are The Differences
GADGETS

Google Home Mini Vs Nest Mini: What Are The Differences 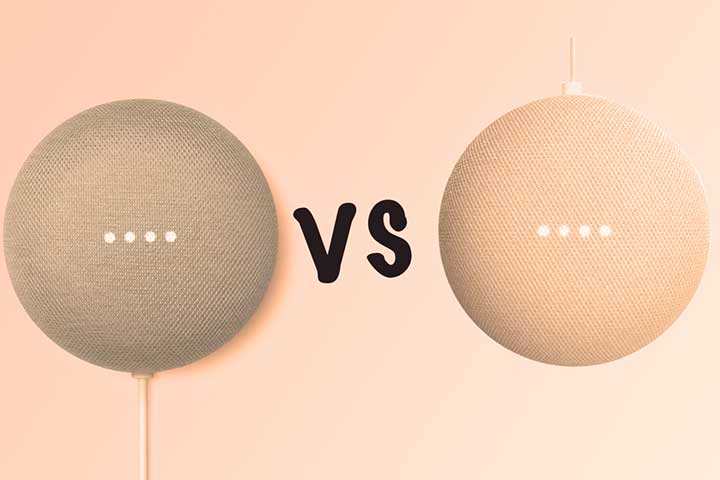 The arrival of the new version of the Google speaker brought with it many doubts, causing few to know how the Google Home Mini and the Google Nest Mini differ.

If you are thinking of getting one of them, you may have encountered these doubts and to resolve them we are going to put everything they have in common and their differences face to face. Once we know everything about them, it will be time to enter to assess the changes and find out which of the two is the best choice.

Between the two there are about two years of difference, with technological changes that mark a before and after for all those who want to switch to home automation, or are simply interested in asking Google Assistant questions comfortably or setting reminders.

To make it easier to see the changes at a glance, we begin by knowing the sections that we can integrate into a comparative table.

Thus observing that it was integrated into the generational leap, taking into account that the first to be presented was the Google Home Mini and then the Google Nest Mini arrived.

Also Read: Fix Problems With Your Chromecast Just By Resetting It

One point that needs a complete explanation is the design because if we visit the house of a friend or relative who has one of these two devices, it will be impossible for us to differentiate it unless it has one of the colors that are not available. on the Google Nest Mini.

Google decided not to change what already worked and the second generation, the Nest Mini, remained identical to its predecessor.

Well, something changed and it is that it grows a small centimeter in height that it will be impossible to perceive with the naked eye.

For the rest, everything is traced, with the same recycled materials that shape the smart speakers that help us at home.

The differences seem small, but they are not so much

Although observing the comparative table we find minimal differences, the truth is that these have a lot to do with the result that we are going to obtain on a day-to-day basis.

The speakers that in the Google Nest Mini improve concerning its predecessor, they get us to listen to music as we want, without problems of meaning and limitations.

The sound of the Google Nest Mini is transformed into a 360-degree sound, making it possible to place it wherever we want, in any position to take advantage of its sound, whether we are going to follow a cooking recipe, or if we are going to dance while listening to its music.

The increase in the microphone is also related to the 360-degree sound, allowing that from all angles and even in the distance, the Google speaker recognizes our voice and responds with what we are asking.

All this is added to the improvement in the chip, which manages to process orders faster and give almost instantaneous responses.

The software remains the same, but at least we save waiting time to process everything.

Also Read: What Is GCam And How To Install It On Any Mobile

Does the price change?

Although as we have seen the Google Nest Mini came later with some improvements, it is normal to run into stores that sell the most expensive first generation.

If we compare it with the prices on the manufacturer’s official website, we see that the price is the same for both.

As all this can generate a lot of confusion, we are going to clear up all your doubts.

What smart speaker from Google to buy?

The improvements leave no room for doubt and the recommendation that we must make is to buy the second generation Google Nest Mini.

Their improvements will not be many, but they will make a difference in our home, having a newer device on the market and which is also often cheaper in stores.