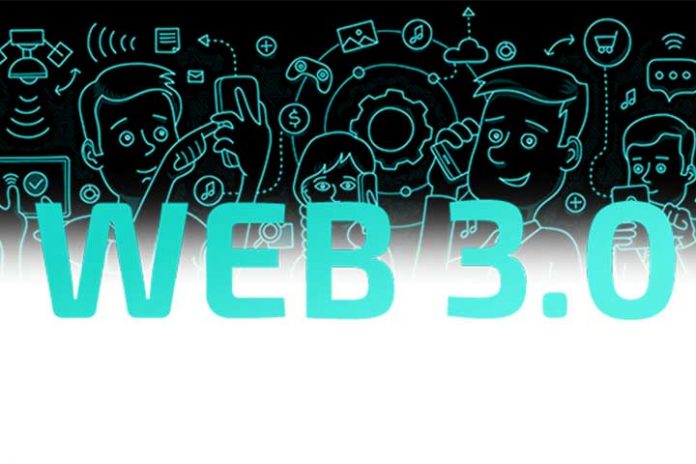 First, Web 1.0 or “Static Web” (1991-2004) refers to the period when the vast majority of Internet users were just consumers of content on static pages, like a one-way highway. The content came out of the server’s file system instead of a database.

There were also no algorithms to filter Internet pages, so it wasn’t easy to find relevant information. Little or no user interaction occurred.

Then came the “Social Web” or Web 2.0 (2004-now). Many more internet users produce content sharing images, audio, and video on social networks or websites using Javascript, HTML5, CSS3, and other technologies. that makes the pages much more dynamic.

But what comes next?

What exactly is Web 3.0, what will it look like, and how will it change our lives?

Web 3.0 (also called the “Semantic Web”) is believed to be intended to “automatically” interact with home systems, people, and devices.

As such, the content creation and decision-making processes involve both humans and machines, enabling the intelligent creation and distribution of highly personalized content directly to all internet users.

Imagine something like a new kind of Internet that accurately interprets and understands everything input and transmitted, whether through text, voice, or other means.

One in which all the available content is more adapted to you than ever.

Also, where the network itself allows participants to interact publicly or privately without a trusted third party. Any person (user and provider) can participate without the authorization of a governing body.

Experts describe Web 3.0 as a possible solution to their concerns about the excessive centralization of the web in a few “Big Tech” companies. This would improve security, scalability, and data privacy to levels not seen on Web 2.0 platforms.

Some of these visions are based on the concepts of “decentralized autonomous organizations” (DAOs), which seek to allow many people to have equal ownership and governance in an organization.

Decentralized finance (Defi) is another crucial concept in which users exchange currency without bank or government involvement. Sovereign identity allows users to identify themselves without relying on a centralized authentication system like OAuth.

Particular interest in Web 3.0 skyrocketed towards the end of 2021 due to enthusiasm for cryptocurrencies, investments from technologists, and high-profile companies.

Web 3.0 takes everything we’ve said about Web 1.0 and 2.0 and goes a step further, making the Internet accessible to everyone anywhere, anytime.

This is just the tip of the iceberg of the possibilities that Web 3.0 can bring to modern society. Let’s look at other scenarios in which Web 3.0 can be implemented:

1. Decentralized Information: Currently, we obtain information on the Internet from various servers and databases located in different parts of the world. Unsurprisingly, more than 50 percent of these data centers are collectively owned by Amazon, Google, and Microsoft.

In Web 3.0, data will be stored in decentralized cloud networks and autonomous storage units. Therefore, it will not depend on any centralized data center to provide information to users.

2. Financial Transparency: In its purest form, the Web 3.0 economy is transparent and permissionless, giving stakeholders confidence that third parties are not controlling outcomes in their favor.

This form of creative sponsorship is becoming more popular every day as it is much more creator-friendly than current options.

3. Greater Efficiency: Societies can become more efficient when the intermediaries are removed from industries, reducing the search for third parties and returning this value directly to users and providers in a network.

4. Artificial Intelligence: Although AI is already being used in Web 2.0, it is still predominantly human-based, opening up space for corrupt behavior.

Therefore, it is planned to apply more advanced artificial intelligence over the Internet to distinguish genuine from fake and thus provide reliable data.

5. Open Source: The open-source nature of Web 3.0 allows contributors to work on technology features from day one without the need to hack and leak proprietary code.

Individuals, companies, and developers are beholden to the whims of centralized authority, forced to adapt to the uncontrollable product or term changes.

6. 3D Graphics: In addition to experiencing the Internet on a 2D screen, in Web 3.0, you will be able to participate in a greater variety of 3D environments. For example, visiting the 3D VR version of any historical place you are looking for or playing video games with this same technology; trying on clothes on your virtual self before shopping, or spending time in an immersive metaverse collecting virtual assets.

Of course, nothing is perfect. Even in Web 3.0 and especially at the beginning of the adaptation, specific moderation problems (such as those faced by 2.0 platforms) will continue to exist. This is especially true due to its decentralized nature.

But the good news is, as more platforms emerge to serve small, niche communities (rather than a single entity that communicates to everyone), they will be less affected by the problems attracting mass audiences with other outreach ones. Global.

Technology Comicshttps://www.technologycomics.com
TechnologyComics.com is an online technology magazine. Our aim is to provide the valuable information about the Gadgets, Business, Apps, Marketing, Reviews, Technology news, trends and updates to our readers.
RELATED ARTICLES
DIGITAL MARKETING