More
HomeGADGETSWhy Is It So Hard For You To Find A Graphics Card...
GADGETS

Why Is It So Hard For You To Find A Graphics Card For Your Computer? 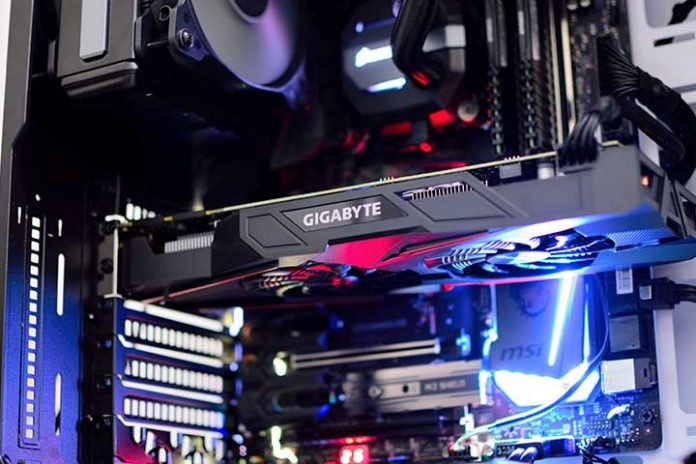 The graphics card is a component integrated into the motherboard of the computer. It can also be installed separately to increase its capabilities. If you want to buy a graphics card for your PC, you must consider the PCI slots, motherboard, and power supply to check compatibility.

If you have already found a graphics card that suits your needs and is compatible with your computer, you may be surprised to find that you have to wait a few weeks, or even months, to receive it.

The world is experiencing a microchip crisis affecting the supply of electronic devices, which could last until the second half of 2022. Since the Covid-19 pandemic began, a series of unforeseen events have caused a neck of the bottle that will take time to solve: production stoppages in Asia, fire in one of the essential microchip factories in the world, blockade of the Suez Canal…

What are microchips, and what are the causes of the crisis?

Microchips are small pieces that store information through an integrated circuit. Its origin dates back to the mid-twentieth century at the hands of Jack S. Kilby, who in 2000 received the Nobel Prize in Physics. The main problem globally is the shortage of semiconductors necessary for the chips to work.

Specialists define the microchip crisis as an unprecedented situation that significantly affects multiple sectors of activity. The most widely used material for the manufacture of chips is silicon, and 80% of the supply is concentrated in just two countries in the world: South Korea and Taiwan. Both markets are not capable of supplying global demand.

Therefore, the world faces a supply shortage that has not been seen in decades. The stoppage in production due to the Covid-19 pandemic is the basis of the problem. The health crisis caused the closure of factories due to the confinement of the population to coincide with an exponential increase in the demand for electronic devices.

With the reopening of factories and the increase in demand, the waiting list to receive chips is very long, up to 20 weeks. To this problem must be added the collapse of maritime transport and the rise in the price of raw materials. The container transport crisis further accentuates an already catastrophic situation. The shortage of ships and the collapse of many ports caused trade to be delayed.

Going back in time, the massive relocation to Asian countries searching for cheap labour is behind this whole problem. Experts point out that the European Union is losing the microchip war, although some multinationals have already announced the opening of semiconductor factories on European soil in the coming years.

Now you know why it is so hard to find a graphics card for your computer. There are waiting lists for many products, so you have to be patient.