More
HomeBUSINESSTypes Of Globalization: How Many Are There And What Are They?
BUSINESSTECHNOLOGY

Types Of Globalization: How Many Are There And What Are They? 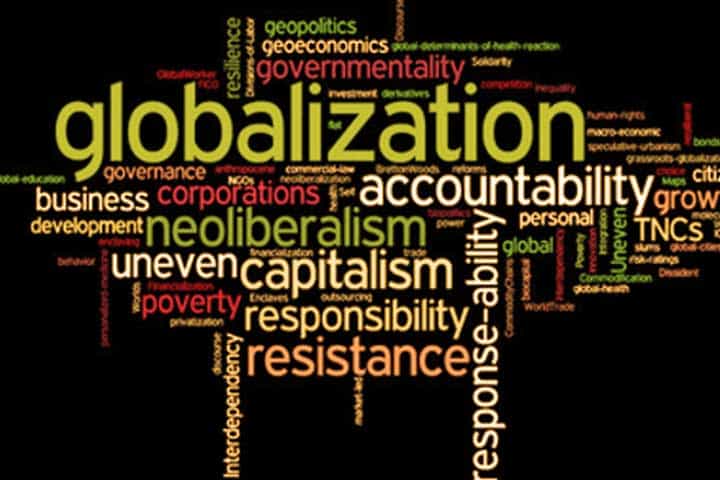 There are several types of globalization and one can distinguish between four main ones: economic, cultural, social and political, and technological globalization. But, first of all, what is globalization? It is a concept that defines the expansion of countries, as well as their union and interaction for cultural, economic, and social purposes.

Types of globalization: what are they?

Economic globalization consists of free trade, that is, eliminating tariffs and barriers so that capital can circulate freely and thus create a world market. In this sense, it is necessary to distinguish between three types of capital:

Ultimately, these capitals do not correspond to a specific place but circulate from one country to another without any obstacle. Banks and multinational companies play a big role in this. You only have to think of a few brands that are known in much of the world to realize this is true. The effects of economic globalization are the result of the increasing interdependence of national economies.

Cultural globalization refers to the unification of practices. This means sharing values, traditions, and icons. In the most restrictive sense of the concept, one could only speak of music, cinema, literature, and art. However, it can be extended further, and it is here that the consumption of the same media in different countries and even access to the same trademarks also enters.

The role of the English language as a common thread must be highlighted here, acting as a lingua franca. For example, the German weekly Der Spiegel has an English version, as does the Spanish newspaper El País. Thanks to this it is possible that people from many other parts of the world can consult this news and see a different point of view on various topics. It is the same with cinema and literature: there is a wide variety of books and films in English that go far beyond the borders of their countries of origin.

Globalization also extends to the social and political area. From a social point of view, the premise is that everyone is equal and should be treated in the same way, regardless of their social status, their place of birth, or their beliefs. However, despite this idea, it cannot be denied that there are still countries at a clear disadvantage. This is a pending task that must continue to be worked on.

From a political point of view, it consists of countries coming together to face problems that apply to the whole of society and not just to a part. For example, one can talk about climate change that is affecting the whole world. Instead of each country taking its measures, it will be much more efficient to agree to act together. The same can be extended to a myriad of issues, and here communities such as the European Union play a key role.

Technological globalization is the last kind of globalization that will be explained and is allowing largely to exist earlier. It is about normalizing access to technological media, the internet being its greatest exponent. These circumstances are changing the world in a way only comparable to the way the Industrial Revolution did.

Technology enables knowledge and information to cross borders at a speed never before imagined. In this way, how people see their environment is changed, and countries constantly interact. Technology has created a society in which states are no longer so independent: they are constantly related and coexist in many ways.

Technology: A key element in globalization

It was already explained in the previous section that, without technology, most likely the rest of the areas would not have been globalized in the same way. In the economic sphere, without going any further, we must consider electronic commerce. Many brands ship their products internationally, so it is no longer necessary to have a physical location in a country to access the local public. People have become used to shopping online, in a world where borders are increasingly blurred.

Technological advances also influence the social plane. Indeed, there have always been migrations and people who have gone to work in other countries. However, electronic devices and the internet greatly facilitate this process, and it is now possible to be living thousands of kilometers from home and talking in real-time with the family, even with the opportunity to see each other’s faces.

The premise is that everyone is equal and should be treated in the same way, regardless of their social status.

Finally, its cultural influence must be highlighted. Before, English was spoken as a universal language to consume media from other countries. However, it must be borne in mind that years ago you could only buy these publications on physical media, making it very difficult to reach the international press. Now you just have to do a quick search on your computer, mobile, or tablet to access the news from anywhere in the world. In this way, you can be much better informed of what is happening in other parts of the planet, knowing different realities. In addition, technology facilitates the dissemination of cinema, literature, and other cultural and artistic media.

Globalization has not yet finished its journey, but it has already had a notable impact on the world. It has already been seen that this does not refer only to technology, although it is true that it would not have reached the point where it is without certain advances. It is a phenomenon that affects all areas of society, from politics to the economy, giving rise to new challenges and opportunities.