Main Trends In Artificial Intelligence For 2023 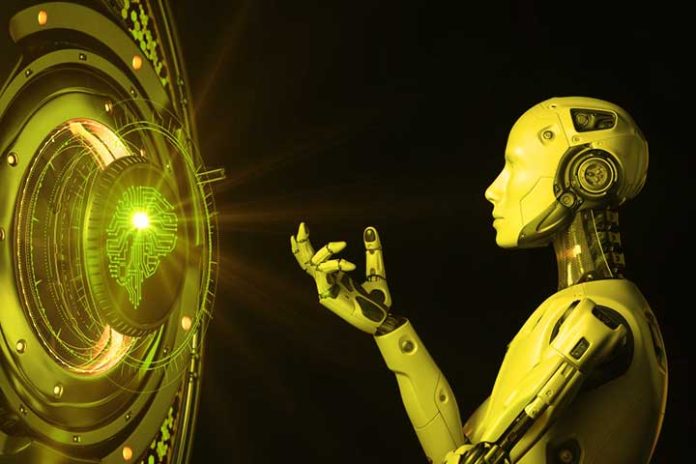 The integration of artificial intelligence (AI) in practically all aspects of our society, present in practically all the daily activities of humanity, has not gone unnoticed. The first incursions that have been especially important in the daily lives of people worldwide are virtual assistants (Alexa, Siri, Google Assistant, among others), as well as the chatbots that the vast majority of companies have implemented on their websites. Or in any of its communication platforms.

However, those are arguably the most “pyrrhic” appearances of the powerful AI. If we go to the business level, we can find much more complex and interesting elements, such as the automated management of industrial machinery and the automatic learning of commercial tools to improve decision-making in the organization; we even already see practically autonomous cars, capable of “making” their own decisions regarding routes, according to weather and traffic conditions.

Be that as it may, artificial intelligence is here to stay since the benefits of its integration have been insurmountable. According to McKinsey’s The state of AI in 2020 report, companies are increasingly betting on this technology. According to respondents, at least 50% of companies have already adopted AI in some of their business activities and operations.

The most impressive of all is that this technology is in full development, which is why more and better applications are emerging daily, with greater complexity in their functions. Therefore, in this article, we have shown you the main trends in artificial intelligence for 2023.

Also Read: Artificial Intelligence, An Illusion For The Majority Of Companies?

Main trends in artificial intelligence for 2023

Artificial intelligence experts say that by 2023, the world’s governments and many companies in the technology sector will invest more than 500 million dollars in AI. Today its applications are quite numerous and useful for society in general. Still, as it is in full development, delving into the simulation of reasoning, information processing, and emulating thought, it is increasingly attractive to public and private investors.

In addition to the well-known fields such as robotics and industrial production, it also has excellent results in the health sector, constructing computer networks, and even establishing more efficient mechanisms to protect the environment. For this reason, AI has become one of the main attractions of companies and governments worldwide. This tells us that in the medium to short term, more and more applications will be emerging, also integrating into more aspects of daily life.

Without further ado, here are some of the most interesting trends in artificial intelligence for 2023:

When we talk about AI, technological resources that allow us to automate daily and repetitive tasks usually come to mind, for example, turning the light on and off, starting the air conditioning of a space, answering questions automatically to customers, etc. Although it is true, if it is about artificial intelligence, the truth is that the latest advances in said technology are allowing us to go a step further, to the point of “imitating” one of the most intrinsic abilities of humanity, creativity.

Today we can already find some indications of what generative or creative artificial intelligence would be. They are applications that can take multimedia content (images, sounds, and videos) and other elements, such as literary texts and even programming codes, and convert them into entirely new material.

One of the most interesting models is the GPT-3 autoregressive language developed by OpenAI to create texts and prose in such a way that they appear to be created by humans. Another quite interesting version is DALL-E, designed to create completely new images.

But without going too far, today, we can find many mobile applications with AI capable of creating videos, with gestures and audio, starting only from an image. However, this is only the beginning; it is expected that by 2023 we will be able to find models that can produce synthetic audio and video without the need to start from a base. It would be the operator writing something that they want to expose, and the AI ​​tool will create it. Right from the start.

2. AI in the healthcare field

COVID-19 was the biggest wake-up call for humanity so far this century. Society at large was hit hard by this virus, with millions of deaths and countless economic losses. Consequently, the technology applied in the health field is working hard to develop new technologies that allow us to protect ourselves against the eventual appearance of a new pandemic.

For this, new algorithms with automatic learning are being designed to identify potential vectors and detect infected but asymptomatic patients and super-spreaders to stop contagion, applying quarantine or isolation measures.

We know there is a constant struggle worldwide to reduce the environmental effects of our economic activities, mainly by reducing the carbon footprint and derisory energy consumption. AI is also of great importance in this “war,” despite how contradictory it may seem.

Of course, the operation of artificial intelligence tools and systems requires a robust infrastructure for their operation, support, and production (computer equipment, tons of cabling for networks, as well as a large amount of energy and other resources). . In fact, according to a study that was carried out in 2019 to use an AI learning model, up to 284,000 kg of CO2 can be emitted.

However, not everything is bad with artificial intelligence in terms of environmental protection, thanks to the possibility of optimizing production models, offering greater efficiency in the generation of services, as well as achieving that an infrastructure reaches the highest level of energy efficiency, identifying any thermal bridge or source of waste and inefficiency. All this translates into a cleaner and more efficient society.

On the other hand, AI can also help protect the environment in another way; For example, using satellite images, a computer can detect areas where deforestation and illegal logging are taking place in protected areas. The same can apply to mining, fishing, and other activities affecting biodiversity and ecosystems.

It is expected that in the coming year, many artificial intelligence initiatives will be deployed to solve many care situations that our planet presents.

It is no secret to anyone that current artificial intelligence still requires human intervention for its operation, mainly when errors or incorrect results occur, making it impossible for the computer to self-correct and improve the results.

It is expected that technologies will be developed in the coming years that can work practically without human intervention, solving the initial problems, thanks to training and automatic learning, truly working as a closed system.

These are some of the main trends in artificial intelligence for 2023; however, there will surely be many more, just as interesting and important as these.

Also Read: Artificial Intelligence At The Service Of Cybersecurity