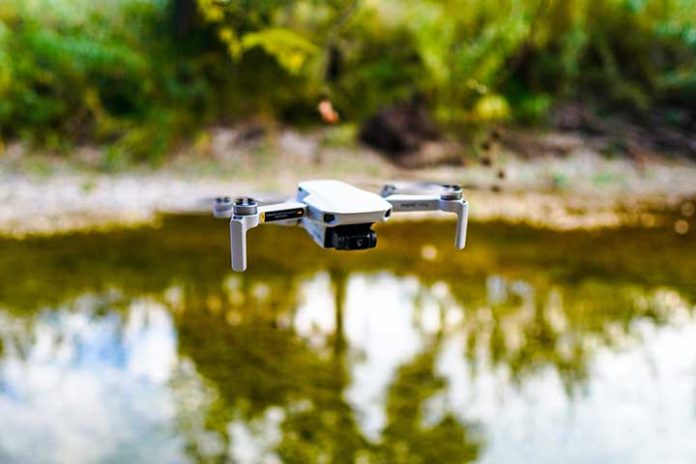 From the new FiFish V6 Expert, through the iBubble Evo, to the mythical Power Ray, these are the best models on the market to explore the ocean

The concept of the drone is more associated with capturing images from above. Still, the truth is that there are also other models suitable for discovering the depths of the ocean without submerging, a relief for many who love the sea but have some reluctance with the practice of diving. There are five high-end models, five avant-garde designs with the latest technologies, and all kinds of complementary gadgets for those who want to capture the best videos and snapshots.

The Qysea company has expanded its catalogue of underwater drones with a new professional design that promises to obtain the best snapshots of the seabed, the FiFish V6 Expert. This model, which moves at 1.5 metres per second, comes with six thrusters for 360-degree movement and a 156 Wh lithium battery that allows it to operate for five hours on a single charge. It can be equipped with an optional shore power supply system for optimal dive performance and run time if required. In addition, it reaches a maximum depth of 100 metres. It includes a camera that can take 4K videos at a speed of up to 30 fps, photos with12 megapixel resolution, and an LED spotlight with 6,000 lumens.

What sets this model apart is that a wide variety of tools can be attached. Complementary lights, a robotic arm, a mini circular saw, a sensor to measure pH, a 2D probe module, a laser distance metre… the possibilities are many.

The starting price without an extra gadget is 2,999 dollars, about 2,641 euros to change.

Made with high-quality materials and state-of-the-art patented technology, the Zoomare iBubble EVO, which has seven thrusters, offers a unique new diving experience. The strength of this model, capable of going down to 60 metres, lies in its ability to film hands-free underwater from all angles. Its intuitive remote control allows you to choose from 7 filming scenarios. It comes equipped with two wide-angle lights of 1000 lumens each, has a battery life of 1.5 hours, and moves at a maximum speed of 1.5 metres per second. In addition, its 360-degree sonar technology allows it to avoid obstacles automatically.

The best? It can glide intelligently underwater. This automatic depth sensing feature allows it to remain stable at any depth and rotate freely 360 degrees in the horizontal direction. Precise motion control algorithms and powerful motors allow you to tilt up to 45 degrees for flexible shooting, thus enriching underwater shooting prospects.

This Geneinno model incorporates six propellers (4 vertical and two horizontal), replaceable, robust, and safe propellers, three-speed levels, and a 9000 mAh battery that is TSA certified and allows you to navigate for four hours. In addition, this design, which can be submerged up to 150 metres, comes with a 12-megapixel 4K professional camera with a 1/2.3-inch CMOS image sensor, a built-in 160-degree wide-angle lens, and a professional DSP image processor. Support live view at 1080P. Its 360-degree sonar technology allows it to move quickly and detect objects. As an extra, you can put a robotic arm, a laser distance metre, and a focus, among other things.

The Power Vision Power Ray model comes with an integrated 4K UHD camera that allows you to shoot content underwater for movies and get creative underwater photos with its 12 megapixels. Its design features two horizontal thrusters and one vertical one, which allows it to move in calm waters at up to 4 knots. It has an autonomy of 4 hours on a single charge and can be controlled through the Vision+ app, which also offers detailed information on underwater sonar and navigation.

Those who wish can also purchase the PowerRay VR glasses that provide an immersive experience in which you can interact with the seabed on many levels. As an extra, you can also include the PowerSeeker Fishfinder, a component that can detect fish up to 70 metres deep. Its sonar system can detect temperature data, fishing hot spots, and underwater scenery.

Also Read: What Cheap Drone To Buy In 2021? The Best Options