More
HomeTECHNOLOGYCommunication 2.0: Immediate And Back And Forth
TECHNOLOGY

Communication 2.0: Immediate And Back And Forth 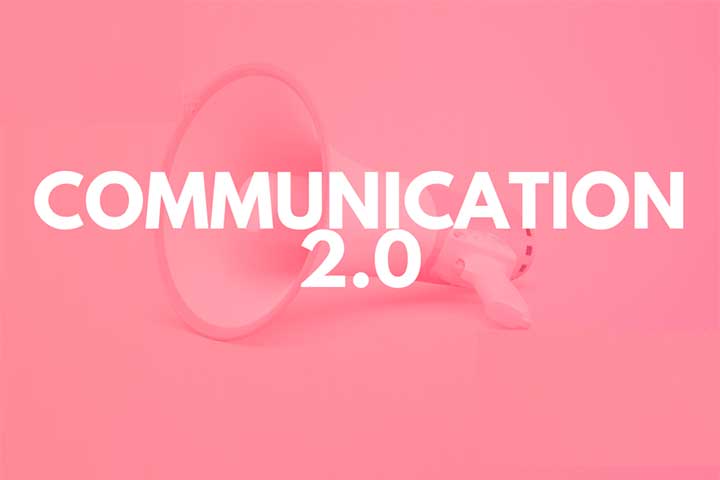 So far, all clear, right? But let’s twist the loop a bit to ask ourselves: what is Communication 2.0 and how is it different from traditional Communication? Well, Communication 2.0 is nothing more than that managed by brands and/or companies in the digital environment to build an online reputation.

And then, why do we differentiate traditional Communication from 2.0 if they are the same? Well, not exactly, because Communication 2.0 is back and forth. And it is immediate.

But There Are More Differences:

And one of the fundamentals is the message, which has changed, that it is no longer just about selling our motorcycle, but about Communication 2.0. we sell the motorcycle that our client is interested in. Because what 2.0 does is, so that you understand us, take advantage of situations and establish relationships. Or is the concept of Inbound Marketing still not familiar to you at this point? Well, the challenge is to communicate about our brand, but without abusing it.

The receiver has changed as well. Now he is part of a community, he is almost as the protagonist as the brand and he even interacts with it and shares what interests him about it. That means that if we play our cards badly, we can lose our host community. Because in the digital environment, what prevails are the relationships between users, and in this sense, what Communication 2.0 does is establish contacts and maintain relationships with the members of the different target communities for the brand/company to transform them, to the long, in prescribers. By the way, to target the right community, it never hurts to create a series of buyer persona profiles.

On the other hand, 21st-century communication is public. More public than it has ever been. Because that is what social networks have, that just as our information reaches more people, so does our way of responding to our customers. Let us not forget that, in addition, and removing the case of ephemeral content, all the messages we publish remain in time and can be consulted, so here, truthfulness and coherence play a leading role.

The media have also changed, and now, the receiver accesses the information through multiple platforms: smartphone, tablet, laptop, Smart TV. At the same time, it is also a communication that is distributed in different channels: networks, social networks (many and very different), blogs, forums, e-mail. Therefore, it must be adapted to each of them, since, even with the same receiver, the behavior on each channel is different because each channel has a different objective.

In short, with Communication 2.0, messages are not launched just to be heard but must be oriented towards dialogue, debate, and interaction. Because we insist, it is about two-way and immediate communication.